If you have a cat and haven't had it spayed or neutered, you might be trying to decide whether to do so or not. While spaying and neutering your cats can help to prevent unwanted litters of kittens from being conceived, pet owners sometimes wonder if the negative things they've heard about the procedures are true. If you're trying to separate fact from fiction, read on to learn about three of the most common myths about cats being spayed and neutered:

One of the most frequent negative claims about cats being spayed and neutered is that they become lethargic and lazy. In some cases, there is a sliver of truth to a myth, and that's true of this one. When cats are spayed and neutered, they become far less likely to roam, fight, and become less violent towards other cats, pets, and people. However, you should think of this process as an improvement of personality and a way to avoid having your cat experience hormonal-based negative energy and moods.

Cats who are fixed don't really become lethargic or lazy. Cats who have been spayed and neutered still enjoy climbing, scratching, play, and exploration. You can expect your kitty to be just as energetic and spunky as they were before getting fixed - just without the territorial anger and sensitivity they might be exhibiting now.

Another common belief is that cats who are spayed or neutered typically gain weight. This rumor goes hand-in-hand with the belief that cats become lethargic. The general idea is, if a cat gets lazy from being fixed and still eats as much as they used to, they'll become fat.

The reality is, your cat shouldn't put on much weight after being fixed if any. Male cats who are fighting for territory and female cats who repeatedly go into heat are more likely to eat in order to have the energy they need to survive battles and to raise kittens, respectively. If you encourage your kitty to continue playing after their operation, they shouldn't put on any additional weight unless they were actually thinner than they should be to start with.

Lastly, there's a claim that cats are more likely to experience cancer if they're fixed. The reality is, fixing your cat can actually help to protect or even eliminate their risk of certain cancers.

Female cats can develop mammary and ovarian cancers, just like females of other species. By spaying your cat, you reduce the amount of estrogen her body produces, which reduces the risk of these cancers.

Male cats are at risk of developing testicular cancer in their lives due to an abundance of testosterone. However, if your cat is neutered, the testicles are removed. This means your male cat will never develop testicular cancer after being fixed.

Fixing your cat can help to improve behavioral issues, prevent wandering, and prolong their life by protecting them from dangerous diseases. If you haven't had your cat spayed or neutered yet, it's never too late to have the operation performed. Talk to a veterinarian about pet spaying right away to start your cat on the path to a better life. 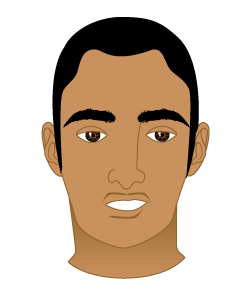 From as early as I could remember, I always loved animals. I wasn't partial to any specific type of animal, either. I love them all. I used to care for the neighborhood strays and feed them. When someone suggested I become a veterinarian, I knew that the role wouldn't be right for me. But that didn't stop me from being interested in what they do. I spent a lot of time with our local vets to learn about the process and was able to take what I learned and apply it to caring for my own animals. I hope that the information here will help you to understand how to better care for your pets, too.